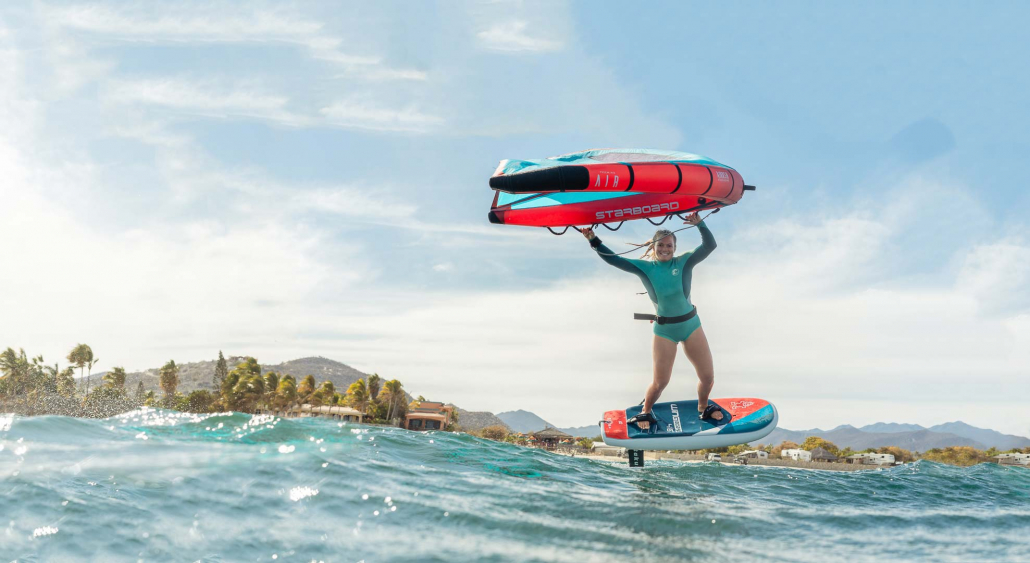 The clinic will cover

Where, when, how much?

Fiona is a 3x Stand Up Paddle World Champion and professional Waterwoman. She competes in windsurfing and Wing Foiling. Fiona fell in love with the quickly developing sport of Wing Foiling and competed in her first ever Wing Foil World Tour event in Dakhla Morocco this fall. She won both the surf- freestyle discipline and the race discipline at her maidan event! Come join Fiona to improve your skills on the Wing and most of all, have fun!

Aidan has a vast background in the sailing world with Wing Foiling being his newest passion. Aidan’s knowledge of the wind and water has launched his passion into a global effort to Wing Foil at the highest level. At his debut world tour event on the Wing Foil World Tour, he finished 11th in the racing discipline. Aidan’s passion is to help other people improve on the water and have as much fun as possible!

Keep in touch, we'd love to hear about your experience at Vela Baja.